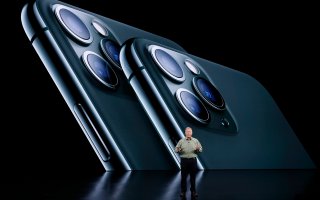 California is “America on fast forward,” according to sociologist Manuel Pastor. As he sees it, many of today’s biggest challenges — from climate change to inequality — arrived in the Golden State first. And thus it’s America’s most populous state that’s leading the way in dealing with them. One would imagine that many Californians like to think about their state in such aspirational terms. All the Californians leaving the state — a net 100,000 departures every year since 2015 — probably less so.

Venture capitalist Joe Lonsdale also has had enough of what’s become of the California Dream. “The harsh truth is that California has fallen into disrepair,” the native Californian writes in a Wall Street Journal op-ed. “Bad policies discourage business and innovation, stifle opportunity and make life in major cities ugly and unpleasant. … We’re betting that the future of America is going to be built in the middle of the country, in places with good government and a reasonable cost of living. In other words, places like Texas.”

Whatever California’s problems today — Lonsdale mentions declining public safety in San Francisco, pricey housing, and spotty electricity as some of his biggest gripes — they have long been countered by the economic power of clustering, what economist Michael Porter has described as “geographic concentrations of interconnected companies and institutions in a particular field.” If you wanted to work in tech or start a tech company, Silicon Valley was where the greatest action and opportunity was — the combo of tech talent and entrepreneurial ambition forming an amazing, self-reinforcing flywheel of success. (Of course, Hollywood is another cluster.)

Not just an American tech hub, Silicon Valley is the model for global tech hubs. In The Code: Silicon Valley and the Remaking of America, University of Washington historian Margaret O’Mara writes:

Silicon Valley is no longer merely a place in Northern California. It is a global network, a business sensibility, a cultural shorthand, a political hack. Hundreds of places around the world have rebranded themselves Silicon Deserts, Forests, Roundabouts, Steppes, and Wadis as they seek to capture some of the original’s magic. Its rhythms dictate how every other industry works; alter how humans communicate, learn, and collectively mobilize; upend power structures and reinforce many others.

But what if Silicon Valley is over, or evolves into something less dynamic? Might the outflow and dispersion of talent be good for America by spreading the wealth? That is just what I asked economist Enrico Moretti almost exactly a year ago. Moretti has researched the economic impact of high-growth, high-productivity cities being hostile to greater density. From our conversation:

Pethokoukis: Do we eventually see cities become more expensive, and do both potential workers and entrepreneurs just end up going to other places? Do they end up starting their businesses in Columbus, Ohio or other smaller cities? Could you end up creating smaller tech–hubs, but more distributed around the country where the wealth gets spread around?

Moretti: Up to this point, we don’t see that happening on a large scale. Let me be more precise: In some of my work, I look at the productivity differences that workers in the innovation sector exhibit in different cities. What you see is that these star cities, yes, cost way more. That’s to a firm — in terms of labor costs, in terms of real estate costs. But the productivity advantages are still larger than the costs.

So it’s still a good deal for an employer, especially those that hire a lot of engineers, a lot of PhD’s in the sciences, and focus on new technologies and products. What you see is some evidence of outsourcing or opening of new offices in other cities for parts of these firms that aren’t crucial. It’s not R&D, or the core functions of the innovation firm. So, a lot of Bay Area firms have offices in Utah, or in Austin as I mentioned, in Colorado, and increasingly in the South — Texas first, but also Tennessee and other states. But the types of offices that they open there at this point are not the core jobs that make those firms successful — not the engineers or scientists. They are auxiliary positions — sometimes it’s HR, sometimes it’s customer service. Don’t get me wrong, those are all great jobs, so it’s great for the recipient cities to have them. But at this point, the productivity advantages of being in these innovation centers still outweigh the costs.

Do you see that changing? Are we anywhere near a tipping point where it’s just not worth it, and people decide that they’re going to move their companies to Austin, or Salt Lake City?

No, I don’t think we’re close to that tipping point yet. Part of the reason is that you still see an increase in the agglomeration of certain types of jobs in the Bay Area, or in Seattle, or in Boston. The productivity advantages are still higher. We keep talking about the Bay Area, but the story is much broader — you know, Boston is the same. If you look at what happened in Cambridge, the amount of life science and biotech-related jobs agglomerated in Cambridge is staggering. Cambridge and Boston as a whole is one of the most expensive areas to do business in the US, just like San Francisco — it’s lower, but not all that different. And yet, companies keep agglomerating there despite having the option of moving to cheaper locations.

So I think that the fact that companies and VC investment keeps agglomerating in a limited number of star cities, but that some types of offices get opened in other cities, are both perfectly consistent with each other.

In fact we see the same thing with finance. Finance started this process 60 years ago when a lot of the banks, investment companies, and later hedge funds started delocalizing some of the positions to cheaper places. First, it was New Jersey, and then it was Arizona, and then it was Bangalore. But the core jobs in finance remained in headquarters in either New York or southern Connecticut in spite of this decades-long process. So I don’t think this is all that different. There will be outsourcing of some positions, but the core will remain in these innovation hubs.

Of course, this conversation happened before the pandemic, which in general might make cities less attractive as business locations — and maybe more so poorly run ones. Perhaps the coronavirus outbreak will turn out to be a historical accident that encourages a dispersion away from existing hubs, much as it tends to be historical accidents that create them.

Keep in mind, however, that any talent which leaves Silicon Valley could also leave the United States altogether. From my recent interview with Caleb Watney, the director of innovation policy at the Progressive Policy Institute:

The other factor here is that we could end up seeing a shift where, maybe as people move away from San Francisco, they decide to go somewhere else, and that starts to recreate the industrial cluster somewhere else, or maybe even spread it out. But there’s no guarantee that the United States is still going to be the place where that top, cutting-edge tech cluster resides.

You’ve seen for a long time: Toronto has actually been growing in size. They’ve been a pretty major AI hub, and they’re explicitly advertising on the basis of their lax immigration laws. You’ve seen, as far back as 2013, there have been billboards in San Francisco advertising, “Hey, having trouble bringing your top international workers here? Feel free to set up shop in Toronto. We have much laxer immigration laws here. We have a budding research university environment.”

They’re trying to recreate a lot of the things that made San Francisco such a successful tech cluster in Toronto, and it’s succeeding pretty well so far. As all of this exodus of talent away from Silicon Valley happens, there’s no guarantee that it either a) reforms in San Francisco, specifically, or b) even that it stays in the United States.

Some people have said, “Oh, wouldn’t it be good for all this talent to instead go to Austin, or to St. Louis or Kansas City?” There might be some of that, but there’s also going to be an exodus of talent internationally. There are a lot of advantages conveyed geopolitically from being the clear technological leader, and so I would hate for us to see the US lose its lead in that dimension.