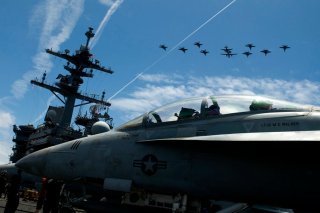 Here's What You Need to Remember: The expansion of Chinese interests and capabilities means that we can envision several different scenarios in which direct military conflict between China and the United States might begin.

In this article, I concentrate less on the operational and tactical details of a US-China war, and more on the strategic objectives of the major combatants before, during, and after the conflict. A war between the United States and China would transform some aspects of the geopolitics of East Asia, but would also leave many crucial factors unchanged. Tragically, a conflict between China and the US might be remembered only as “The First Sino-American War.”

On the economic side, Beijing and Washington will both press for sanctions (the US effort will likely involve a multilateral effort), and will freeze each others assets, as well as those of any co-belligerents. This will begin the economic pain for capital and consumers across the Pacific Rim, and the rest of the world. The threat of high-intensity combat will also disrupt global shipping patterns, causing potentially severe bottlenecks in industrial production.

The United States hasn’t lost a fighter in action since the 1999 Kosovo War and hasn’t lost a major warship since World War II. The sinking of a warship would likely also result in the greatest loss of life of any single action for the US military in action since the Vietnam War. However, both US and Chinese strategists may overestimate US casualty aversion. The loss of a major warship and its crew might serve to solidify US commitment (at least in the short term) rather than undermine it.