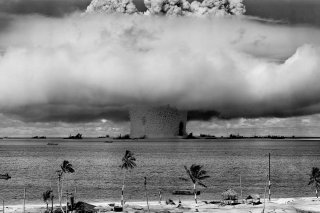 Key Point: The mammoth nuclear bombs that the United States and Soviet Union tested in the beginning of the Cold War will (hopefully) remain a relic of the past.