Smooth and Reliable, Smith & Wesson’s Model 66 is a Steal 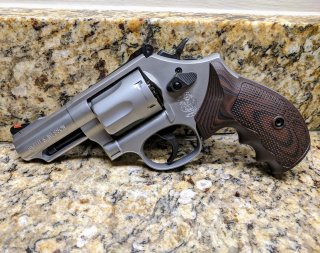 Here's What You Need to Remember: If you’re in the market for a revolver that is functional and can be used for concealed carry, I cannot recommend the Model 66 enough. It certainly isn’t a Glock, an S&W M&P 20, or other such more modern tech-savvy weapons, but it is one of the most advanced revolvers out there.

The model 66 was legendary when it first hit the market in the 1950s, becoming a staple of U.S. law enforcement for over thirty-five years. The Model 66-8, S&W’s fresh new take on this classic has already become popular due to the original Model 66 having been discontinued in the early 2000s.