So What Are the Worst Fighter Aircraft of All Time? 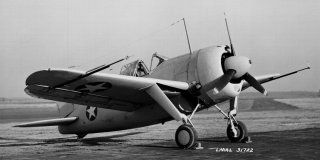 Here’s What You Need to Remember: Fighters that dominated the sky in one year become “flying coffins” as technology and tactics move forward. And thus the difference between a great fighter and a terrible fighter can be remarkably small.

- Did this aircraft fail at the tactical tasks that it was given? Did it perform poorly against its direct contemporaries?

- Did the fighter show up, or was it in the hangar when it was needed? Was it more of a danger to its pilots than to enemy fighters?

- Did it represent a misappropriation of national assets?

But the Flogger was a beast to fly and to maintain. American “Red Eagle” pilots, tasked with determining the capabilities of Soviet aircraft, considered the Flogger a disaster waiting to happen. In 1984, Lieutenant General Robert M. Bond died flying a USAF-operated Flogger. A relatively large aircraft, the Flogger also lacked many of the best qualities of its predecessors, including a small visual profile.

In terms of future members of this list, attention naturally falls on the F-35 Joint Strike Fighter, which should exceed the 500 aircraft threshold. As I’ve argued before, it’s difficult to get a sense of the strategic value of the aircraft without a full perspective on its career. We won’t know whether the JSF is a deserving member of this list for quite some time. For one, it’s unlikely that the F-35 will suffer from anything approaching the accident rate of the fighters on this list. The JSF’s tremendous expense, however, undoubtedly makes it a long-term candidate for inclusion.