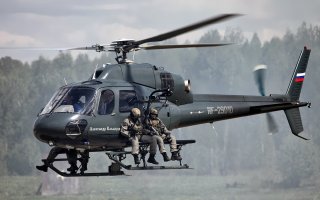 Here's What You Need to Know: SOBR focuses on small tactical actions.