Is Social Media Interfering In The U.S. Election? 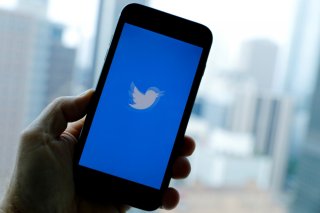 Earlier this week, the New York Post published articles containing information about alleged emails between Hunter Biden, the son of Democratic presidential nominee Joe Biden, and employees at Chinese and Ukrainian energy firms. Twitter and Facebook both took steps to limit the spread of the articles, prompting accusations of “election interference.” Prominent Republican lawmakers took to social media to condemn Twitter’s and Facebook’s decisions. These accusations and condemnations reveal a misunderstanding of policy that could result in dramatic changes to online speech.

According to Twitter, the company restricted access to the New York Post’s articles because it violated the company’s policies against spreading personal and private information (such as email addresses and phone numbers) and hacked materials. Twitter cited the same policy when it prohibited users from sharing 269GB of leaked police files. Twitter users who click on links to the two Post articles face a click‐​though “this link may be unsafe” warning. The articles in question include such information in images of the leaked emails. Those accusing Twitter of a double standard because the company allows users to share the recent New York Times article based on the president’s leaked tax documents neglect the fact that the New York Times did not publish images of the documents. Although consistent with Twitter’s policies, the decision to block the spread of the Post’s articles on Twitter absent an explanation or context was criticized by Twitter CEO Jack Dorsey.

According to a Facebook spokesperson, Facebook’s decision to restrict the spread of the Post’s Hunter Biden articles is “part of [Facebook’s] standard process to reduce the spread of misinformation.” Compared to Twitter’s response, Facebook’s was less clear.

Whatever one thinks about Twitter’s and Facebook’s decisions in this case the decisions were legal and consistent with Section 230 of the Communications Decency Act. Much of the online commentary surrounding restrictions on the New York Post (head over to #Section230 on Twitter to take a look for yourself) makes reference to a non‐​existent “publisher” v. “platform” distinction in the law.

In brief, Section 230 states that interactive computer services (such as Twitter, the New York Time’s comments section, Amazon, etc.) cannot — with some very limited exceptions — be considered the publisher of the vast majority of third‐​party content. Twitter is not the publisher of your tweets, but it is the publisher of its own content, such as the warning that appears when users click on the two New York Post article links. Section 230 applies to “platforms” and “publishers,” and does not prevent social media sites from fact‐​checking, removing, or limiting access to links.

Some “Big Tech” critics decided not to focus on Section 230 and instead focus on election interference. The conservative outlet The Federalist issued a statement making this claim, as did many others. According to those making the “election interference” claim, the New York Post articles are embarrassing to Joe Biden, and Twitter’s and Facebook’s actions constitute a pro‐​Biden interference in the 2020 presidential election. Conservative pundits are not the only ones making this kind of claim. Senator Joshua Hawley (R-MO) wrote to Dorsey asking him to appear at a hearing titled “Digital Platforms and Election Interference.” Sen. Ted Cruz (R-TX) wrote to Dorsey accusing Twitter of trying to influence the upcoming election. Later he accused Twitter of election interference and supported the Senate Judiciary Committee issuing a subpoena to Dorsey, which is expected to happen this coming Tuesday.

It is one thing for conservative pundits to accuse a private company of interfering in an election. In today’s political climate it is expected. What should send chills down the spine of everyone who values the freedom of speech and the freedom of association is the sight of two of the most powerful politicians in the country making the same accusation and insisting that Twitter’s CEO appear before a hearing and hand over documents related to how Twitter conducts its business.

“Election interference” is a term that ought to mean something useful. Unfortunately, conservative commentators seem intent on warping to term so that it means little more than, “moderating content.”

So‐​called “Big Tech” and content moderation will continue to make headlines next year regardless of who wins the presidential election next month. While conservative commentators and activists are convinced that “Big Tech” is engaged in an anti‐​conservative crusade, they should consider that the political left has its own complaints. Bipartisan anger towards Big Tech could result in Section 230 reform or other legislation that puts the freedom of speech and freedom of association at risk. As lawmakers continue to criticize the most prominent social media companies we should remember that attempts to regulate online speech could have disastrous consequences.