Social Security to See a 6.2% Raise: Is It Enough? 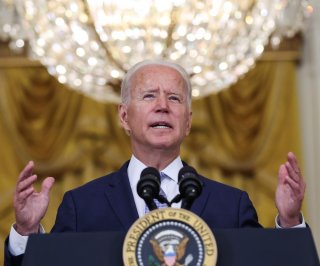 The data over the past several months have signaled that the consumer price index (CPI)—the primary indicator of inflation in the United States—has been steadily pointing north.

And as inflation continues on its current trajectory, millions of senior citizens across the country have voiced frustration that their dollars just won’t stretch far these days. In the worst cases, some seniors are even being forced to choose between medicine and food.

However, there could be much-needed help in a few months, as Social Security’s cost of living adjustment (COLA) for next year is expected to receive a major boost. According to the Senior Citizens League, a nonpartisan senior group, that boost could come in the form of a 6.2 percent cost-of-living adjustment, which would be the highest registered in nearly forty years. Last year, the Social Security COLA was only 1.3 percent.

“The estimate is significant because the COLA is based on the average of the July, August, and September CPI data,” Mary Johnson, a policy analyst for the Senior Citizens League, said in a statement. “With one-third of the data needed to calculate the COLA already in, it increasingly appears that the COLA for 2022 will be the highest-paid since 1983 when it was 7.4 percent.”

The sizeable bump in Social Security payouts may solve the financial problems of some seniors, but there are experts who believe that the Social Security Administration (SSA) needs to be even more aggressive with its adjustments going forward.

“We’re not seeing any improvement in the share of people who have incomes above the Elder Index (a measure of the cost of living for older U.S. adults),” Jan E. Mutchler, professor of gerontology and director of the Center for Social and Demographic Research on Aging at the University of Massachusetts Boston, said in an interview with CNBC. “We’re seeing sustained high levels of people who do not appear to have the resources they really need to get by in retirement.”

According to the SSA, approximately twenty percent of married couples and forty percent of singles receive at least ninety percent of their income from the Social Security program.

“Over the past twelve years, Social Security COLAs have averaged just under 1.4 percent,” a Motley Fool expert wrote. “That’s hardly been enough to keep pace with inflation.”

Against this backdrop, the expert suggested that younger workers need to start preparing for their retirements now.

“Unfortunately, Social Security isn’t perfect, and it’s seniors who have been paying the price for a long time,” she said. “It’s important that current workers recognize the program’s limitations and take steps to save aggressively for retirement on their own.”