Some Americans to Receive Less Child Tax Credit Than Expected 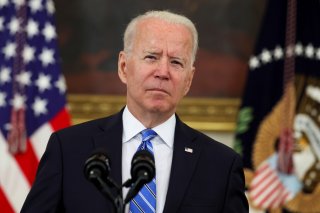 Here's What You Need to Remember: Finally, regarding babies born this year, know that they will indeed make parents eligible for the credits if an extra step is taken. On the aforementioned Update Portal, parents are able to report these newborns at any time throughout the year, which should initiate the payments that they are entitled to.

It surely was a joyous occasion for many, but there already have been plenty of reports that some eligible parents are still waiting for their checks or they received much less than they had anticipated.

There are, however, some reasonable explanations as to why these situations occurred.

First, it is entirely possible that the Internal Revenue Service tried to direct deposit the payment into a closed or inactive bank account. If the tax agency indeed attempted this, the deposit will likely be rejected, which would initiate the mailing out of a paper check via the post office to the home address on record.

For those who want to change the payment method, such as from direct deposit to paper checks, be sure to check out the Child Tax Credit Update Portal, which is now available on IRS.gov.

Another reason for the missing credit check could be that the eligible parent did not file a federal tax return, which would handcuff the IRS on where to issue the funds because it would lack the necessary information like an address and bank account and routing numbers.

The best way to rectify this is to file a tax-filing extension and file by the October 15 deadline or make use of the recently launched Non-filer Sign-up Tool, which can also help with the claiming of stimulus checks from this current third round.

As for why some parents received less money than expected, one need to analyze exactly how the law is written. Under Biden’s stimulus legislation, children who are under six years old should receive $300 per month, while children ages six to seventeen will receive $250 per month.

But do keep in mind for a parent to collect the full $300, a child needs to be younger than six as of December 31, 2021—which means that a five-year-old who turns six sometime this year won’t qualify for that extra $50 monthly payment. Be aware that the same holds true for seventeen-year-olds who turn eighteen this year. They do not qualify for any child tax credit.

Finally, regarding babies born this year, know that they will indeed make parents eligible for the credits if an extra step is taken. On the aforementioned Update Portal, parents are able to report these newborns at any time throughout the year, which should initiate the payments that they are entitled to.