Some F-16s Are Getting a New 'Stealth' Paint Job 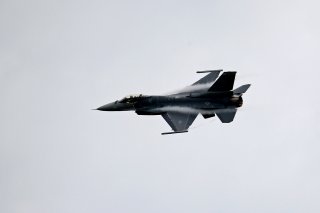 Here's What You Need To Remember: The new ferromagnetic paint, which can absorb radar energy, first appeared on some of the roughly 200 F-16s the Air Force assigns to the dangerous suppression-of-enemy-air-defenses, or SEAD, mission. SEAD squadrons reside in Minnesota, South Carolina, Germany and Japan.

David Axe serves as Defense Editor of the National Interest. He is the author of the graphic novels  War Fix, War Is Boring and Machete Squad. This article first appeared in December 2019.