With Some Luck, North Korea Could Sink The Prize Of The U.S. Navy (Aircraft Carriers) 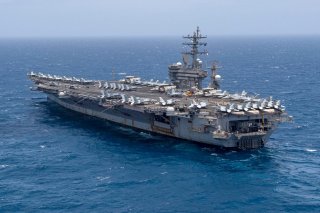 Here's What You Need To Remember: American overseers will certainly exploit the rudimentary state of North Korean reconnaissance technology. Oceans and seas are big places, the biggest carrier group tiny by contrast. It is no simple task to detect, target and engage maritime forces riding the high seas.

James Holmes holds the J. C. Wylie Chair of Maritime Strategy at the Naval War College and is coauthor of Red Star over the Pacific (second edition forthcoming 2018). The views voiced here are his alone. (This first appeared last year.)