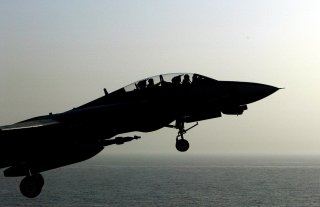 Here's What You Need to Remember: Even with U.S. authorities tamping down on the illicit trade in F-14 parts, Iran persisted. After shutting down Multicore, the feds confiscated the firm’s Tomcat components and sent them to the Defense Department’s surplus-parts office. In 2005, a company—allegedly Iranian—bought the very same parts from the military.

This article first appeared in July 2019 and is being reprinted for reader interest.