Sonic Boom: Sounds of History X-1 and Beyond 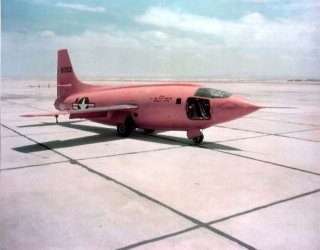 Here's What You Need to Remember:  The development of the supersonic-capable aircraft including the North American F-86 Sabre and North American F-100 Super Sabre were able to accomplish what the X-1C was meant to test, and that eliminated the need for the aircraft.