Sorry, Moscow: Russia Will Never Be an Aircraft Carrier Superpower 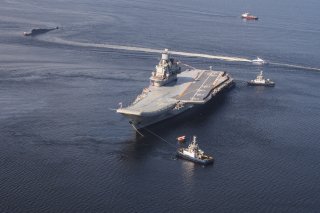 Here's What You Need to Know: If the Kremlin determines that it needs a carrier to keep pace with France, Britain, China and India, it will need to begin seriously considering how to build or acquire such a ship.