Sorry Putin, But The Russian Military's Handguns Aren't The Sexiest 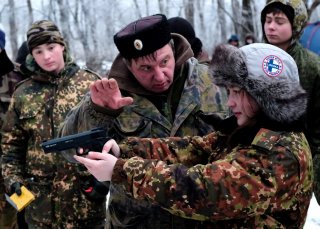 Here's What You Need To Remember:  While they may lack the amenities found in many modern American pistols, such as the U.S. Army’s new M17 Modular Handgun System, an emphasis on functionality means they will get the job done under extreme conditions.

Kyle Mizokami is a defense and national-security writer based in San Francisco who has appeared in the Diplomat, Foreign Policy, War is Boring and the Daily Beast. In 2009 he cofounded the defense and security blog Japan Security Watch. You can follow him on Twitter: @KyleMizokami. This first appeared earlier in 2019.