South Africa (Voluntarily) Gave Up Its Nukes. Can North Korea Do the Same? 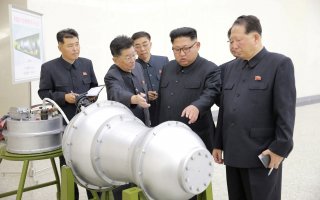 Here's What You Need to Know: The dismantling of South Africa's nuclear program provides a template for how other nuclear powers can eliminate their own programs.