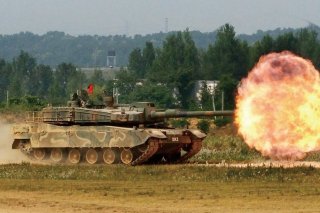 Here's What You Need to Remember: Where the K2 distinguishes itself from many of its contemporaries is in its forward-looking munitions choices. In addition to the standard MBT catalog of high-explosive rounds and kinetic energy penetrators, the K2 features Korean Smart Top-Attack Munition (KSTAM) top-attack rounds.