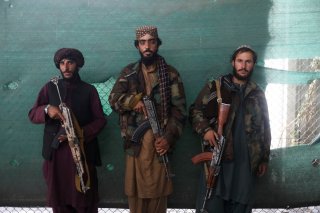 The return to power of the Taliban in Afghanistan has triggered worldwide concerns that its close relationship with al-Qaeda could bring a new wave of terrorism, including in Southeast Asia. The fears for Indonesia, Malaysia and the Philippines in particular are understandable, given recent history, but they need a reality check.

The concerns include whether al-Qaeda’s close relationship with the Taliban will allow it to grow, encouraging the development of new territorially based franchises and possibly opening up training camps for local and foreign fighters. Could Southeast Asia be a new target for expansion, and if new camps were established, would Southeast Asians stream into them?

Might al-Qaeda make a push for allies in areas beyond its bases in Afghanistan–Pakistan, Central Asia, the Islamic Maghreb, Yemen and Syria–Iraq? Southeast Asia was on its agenda in 2010, when a senior al-Qaeda official went to Bangkok to meet the head of intelligence for Jemaah Islamiyah (JI), the group that carried out the 2002 Bali bombings. The official tried to persuade JI to join forces, but it wasn’t interested. A decade later, with JI temporarily out of commission, are any other organisations potentially interested in a partnership?

The chances of al-Qaeda building a Southeast Asian franchise aren’t high. It has no well-structured allies in Indonesia, Malaysia or Singapore on which it can draw. JI, an ally through about 2004, is drastically weakened as a result of arrests over the past two years. Most of its key strategists are in prison and those on the outside are lying low, waiting for an opportunity to rebuild. The older generation of JI members, who trained on the Afghan–Pakistan border between 1985 and 1994, aren’t interested in violence, however chuffed they may be that their old friends have returned to power. Many are actively cooperating with the government in various deradicalisation programs.

The wild card is the Philippines, where al-Qaeda has a history going back to the early 1990s, most famously for providing a safe haven for Ramzi Yousef, the perpetrator of the first World Trade Centre bombing in 1993. He ended up in Manila, trying to plan a coordinated bombing attack against 11 US-bound airliners, but an accidental explosion in a Manila apartment led to the foiling of the plot and Yousef’s eventual arrest. Would other al-Qaeda notables, under Taliban protection, seek to use the Philippines again as a launchpad for a major terrorist attack? Nothing is impossible, but al-Qaeda has many more accessible options, including in South Asia, the Middle East, Africa and Europe. Southeast Asia would be far down the list of options.

It’s also worth remembering that the Philippine police, army, intelligence and immigration are far better trained and more vigilant on the counterterrorism front than they were 25 years ago. A few operatives might slip through, and the personal rivalries among local extremists, particularly within the Abu Sayyaf Group, might lead to some trying to cut a deal with al-Qaeda as a way of challenging local Islamic State–linked clans. The likelihood of setting up a new Mindanao-based franchise, however, is low.

Another concern is what happens if the Taliban struggle to maintain control. Could the possible eruption of micro-conflicts be exploited by Islamic State Khorasan (IS-K), which sees the Taliban as idolatrous rivals promoting nationalism instead of a universal caliphate? Is there potential for IS to expand, and if so, would its supporters, including from Southeast Asia, flock to the cause, especially since a small number of them are already there?

Many Islamist and mainstream Muslim organisations in Southeast Asia greeted the Taliban victory with euphoria, as a victory of Islam over the West, or over neoliberalism, or over secular democracy—the enemy had many different guises. The main takeaway was that all that was needed was patience, so the organisations that played the long game in their advocacy of an Islamic state should feel vindicated.

Another concern is what happens if IS-K grows stronger or expands its territorial control. As the Kabul airport attack of 26 August demonstrated, this is indeed a danger. Attacks by IS-K could inspire a new wave of attempts by IS supporters in Indonesia and the Philippines, although in the former, terrorist capacity remains low and police capacity to interdict plots relatively high.

IS-K could be a draw for fighters who want to emigrate—make the hijrah—to a land where Islamic law is fully applied. It has all the end-of-time associations that made Syria such a draw for Indonesian families; a famous hadith, or tradition of the Prophet, notes that the Islamic redeemer’s forces will assemble under the ‘black banners of Khorasan’ and march to Jerusalem as the end of the time approaches.

Moreover, by mid-2019, some two dozen Indonesians were already in Afghanistan, having joined or tried to join IS-K. Eight were arrested, of whom one, a woman named Wardini, died of illness in June 2021. The others were released by the Taliban in the final days of the capture of Kabul; the whereabouts of six out of the remaining seven, mostly women and children, are known. One adult male disappeared after release and his whereabouts remain unclear.

In addition to this group, other Indonesian nationals had succeeded in reaching Afghanistan over the border from Iran after the fall of Raqqa, the IS capital in Syria, in October 2017. It’s possible that a few pro-IS Indonesians are in a position to try to recruit more fighters, but would-be mujahideen will have a difficult time trying to get there. Not only are immigration authorities in Jakarta, Bangkok, Kuala Lumpur and elsewhere alert to the possibility that attempts will be made, but the Taliban also have no interest in seeing IS reinforcements arrive.

Logistical support will also be more difficult. In the past, when there were significant flows of jihadists abroad, it was with a system of services set up to facilitate their travel. Al-Qaeda provided a services centre on the Pakistani border for mujahideen fighting the Soviet Union. The group that in 1993 became JI had a channel for funding and travel assistance that made going to and from its military academy relatively easy. Indonesian IS supporters arranged funding and safehouses in Turkey for those wishing to cross over. Without such a system, it will be hard for any but a few determined individuals to get to IS-K.

It’s also worth noting that those who emigrate to IS territories generally have no plans to return. It’s not like JI’s training program, which was always designed to be short term, so the skills could be deployed in Indonesia. Thus, even if a dozen more Indonesians were to reach Khorasan, that wouldn’t necessarily indicate that the risk of violence would rise concomitantly at home.

Those worried that JI and al-Qaeda could realign, even in JI’s current state, should take a close look at that training program. If JI had been interested in an al-Qaeda affiliation, it would have sent its cadres to train exclusively with Jabhat al-Nusra.

From 2012 onwards, however, JI sent 87 men to train with a variety of militias as a way of expanding international contacts and learning as much as it could from different militias, including IS, whose teachings it rejected. That so many men were trained and returned to Indonesia is of course cause for concern, as is JI’s long-term plan of waiting for an opportunity to exploit political chaos in the interest of forming an Islamic state. At that point, JI would be prepared to use violence against designated enemies to achieve its aim. Such chaos is what al-Qaeda thrives on, but as of mid-2021, Indonesia seemed an unlikely site.

That leaves the glee expressed by many sources over the Taliban victory. Euphoria over a conservative Islamic group taking power is not the same as support for terrorism. The people relishing an Islamist victory include those who would like to see a more Islamist agenda in Indonesia but also those who welcome the political and military humiliation of the United States.

None of this is to downplay the very real threat of terrorism that Southeast Asia still faces. Autonomous pro-IS cells are still numerous, and one might manage to pull off a lethal attack. JI may be dormant for the next few years, but it always comes back, and no one should count it out. Indonesian extremists also have a history of producing militant splinter groups of disgruntled and frustrated would-be fighters who chafe at restrictions imposed on them by their leaders.

The problem is not going away, but there’s no need to use the Taliban victory to overdramatise the danger.

Sidney Jones is the senior adviser at the Institute for Policy Analysis of Conflict in Jakarta.