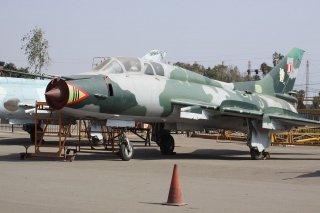 Here's What You Need to Know: The Su-17 saw significant service in the Soviet war in Afghanistan. It served in many roles during that conflict, including reconnaissance, strike, and minelaying.