The Soviet Submarine That Could Outrun Torpedoes 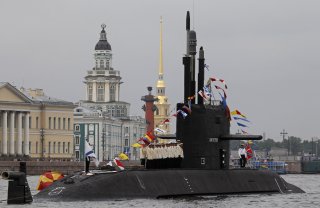 Here's What You Need to Remember: The speed and diving depth of the Alfa allowed it to evade most contemporary NATO torpedoes, although in combat this would also have made it difficult for the Alfa to move into attack position.

In the recent years, various reports have emerged that Russia may attempt to revive the Alfa template with a new class of submarines, using sophisticated new technology to resolve some of the problems with the original. As with the Shchukas, some of the tech pioneered with the Alfas has found its way into the multipurpose Yasen class, but these are much different boats. A new class of smaller boats could supplement the large, expensive Yasens by playing the same “interceptor” role performed by the Alfas.