The Soviets Had Other Priorities Than Aircraft Carriers 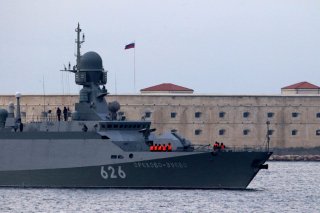 Here's What You Need to Know:  There was always some other perfectly reasonable—and eminently practical—way to spend the country’s rubles, whether it was on the Army, or the Air Force, and later on nuclear weapons. Even today, the Russian Navy’s nonstrategic forces face stiff competition from land and air forces, and the future of Russian naval aviation is again cloudy at best.