Spike: This Israeli Missile Can Kill Any Tank in Its Path 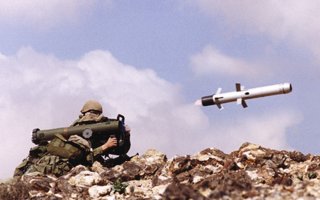 Key Point: The Spike missile series is a testament to the ability of the Israeli defense complex to produce novel solutions to diverse threats.

Charlie Gao studied Political and Computer Science at Grinnell College and is a frequent commentator on defense and national security issues. This article appeared earlier this year and is reprinted due to reader interest.