This Stealth Fighter Almost Never Flew: Meet the F-23 That Almost Was 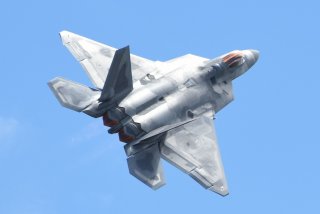 Here's What You Need To Remember: The service’s risk-aversion also helped to explain its preference for the YF-22, which many observers believed was an inferior performer compared to the YF-23. But Lockheed reportedly pitched what the Air Force considered to be a low-risk development and production process that the service hoped would minimize delays and cost overruns.

In 1991, the Air Force selected Lockheed’s YF-22 fighter over Northrop’s YF-23 as the basis for the service’s new air-superiority fighter.

That wasn’t the only major decision the Air Force made at the time. The service also selected Pratt & Whitney’s YF-119 as the engine that would power that YF-22, in the process rejecting General Electric’s YF-120.

It’s apparent 28 years later that the Air Force preferred the YF-119 because it seemed it would be cheaper and easier to develop and build. The YF-120 demonstrably was more powerful. But that power came at a cost that the flying branch decided was unacceptable.

History flows in one direction and fantastical conjecture about long-ago weapons programs can be toxic. But in 2019 as the Air Force begins considering how eventually to replace the F-22, it’s worth considering the implications of choosing cheaper and more reliable technology over riskier, pricier but potentially more powerful tech.

The Air Force in 1971 began studying requirements for a new fighter to succeed the F-15, which itself at the time was still in development, recalled Paul Metz, a former Northrop test pilot who flew the YF-23.

Metz and fellow YF-23 test pilot Jim Sandberg in 2015 spoke at length about the YF-23 in a lecture series at the Western Museum of Flight in California.

In a sense, the Air Force planned to consider not two competing fighter designs, but four. That’s how different the two motors were. “This was a competition between two airplane designs but also two engine designs,” Sandberg said.

One key requirement was that the demonstrators be able to “supercruise” at supersonic speed without using their fuel-thirsty afterburners. In designing the YF-119, Pratt & Whitney stressed “a balance between performance, safety and reliability, maintainability and low life-cycle cost,” according to Globalsecurity.org.

During a brief but intensive flight-test program ending in early 1991, the YF-120 proved to be the more powerful of the two engines. The YF-22 and YF-23 both supercruised faster with the YF-120 than they did with the YF-119, Sandberg said.

The YF-120-powered YF-23 in particular was a veritable rocketship, supercruising faster than Mach 1.6.

But that power came at a cost. The YF-120 might be more difficult, and more expensive, to develop for mass production. When the Air Force tapped the YF-22 as the basis for its next fighter, it also selected the YF-119 as that fighter’s engine.

“The Air Force did not consider this demonstration to be a performance ‘fly-off’ but rather a demonstration of the technical and management capability needed to meet the program objectives during [development] with the least technical risk and the lowest cost," California think-tank RAND explained.

The service’s risk-aversion also helped to explain its preference for the YF-22, which many observers believed was an inferior performer compared to the YF-23. But Lockheed reportedly pitched what the Air Force considered to be a low-risk development and production process that the service hoped would minimize delays and cost overruns.

Sandberg for one called the Air Force’s preference for the lower-performing Pratt & Whitney engine “interesting.”

History seems to have validated the Air Force’s 1991 decisions. In 2019 the F-119-powered F-22 probably is the most capable fighter in the world.

If the flying branch applies the same criteria to a new fighter design to replace the F-22, it might opt for airframe and engine designs that are sophisticated … without being too sophisticated.