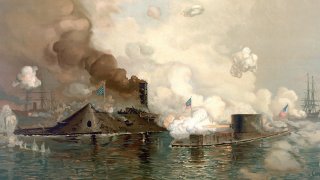 Here's What You Need To Remember: Ironically, the first ironclad battle itself was inconclusive. Despite much maneuvering and firing, neither ship was really able hurt the other. But that wasn’t the point.