Still Waiting on That $1,400 Stimulus Payment? The IRS Can Help 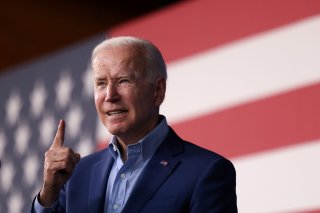 Here's What You Need to Remember: Do keep in mind that that the IRS is juggling several responsibilities concurrently, which include the sending out of child tax credits, “plus-up” payments, unemployment benefit refunds, and the traditional refunds from federal tax returns.

Throughout the past several months, the Internal Revenue Service and the Treasury Department have tirelessly worked around the clock to issue nearly one hundred seventy million stimulus checks that were approved under President Joe Biden’s American Rescue Plan to eligible Americans.

The latest estimates suggest that approximately 90 percent of eligible individuals already have gotten their hands on the $1,400 checks—but that also means that potentially millions are still left on the sidelines for this current third round of stimulus.

Do keep in mind that that the IRS is juggling several responsibilities concurrently, which include the sending out of child tax credits, “plus-up” payments, unemployment benefit refunds, and the traditional refunds from federal tax returns. Know that the agency still has thirty-five million tax returns to process—a massive backlog that is believed to be four times larger compared to the end of the 2019 filing season.

“This filing season was the quintessential definition of a perfect storm—a particularly bad or critical state of affairs, arising from several negative and unpredictable factors—resulting in tens of millions of taxpayers experiencing hardship and uncertainty in trying to reach a live assistor,” Erin Collins writes in a report released by the Taxpayer Advocate Service, an independent organization within the IRS.

There are, however, options available for those individuals who have been waiting patiently for their stimulus checks. The IRS has stated that a large portion of the recent batches of stimulus payments has been heading out to recent tax filers who did not have the necessary information—such as an address and bank account and routing numbers—on file at the tax agency.

“Although payments are automatic for most people, the IRS continues to urge people who don’t normally file a tax return and haven’t received Economic Impact Payments to file a 2020 tax return to get all the benefits they’re entitled to under the law, including tax credits such as the 2020 Recovery Rebate Credit, the Child Tax Credit, and the Earned Income Tax Credit,” the IRS said.

The May 17 tax filing deadline has already passed, but be aware that people can still apply for an extension and file by the October 15 deadline. What this will accomplish is that it will give the IRS the information it needs to promptly issue the funds and also allow them to utilize the Recovery Rebate Credit that has been added to all returns this tax season—which makes it possible to claim stimulus funds from the previous two rounds.

“If you didn’t get any payments or got less than the full amounts, you may qualify for the Recovery Rebate Credit and must file a 2020 tax return to claim the credit even if you don’t normally file,” the IRS website writes.

Another handy option is to request an IRS payment trace, which can be completed by calling the agency at 800-919-9835 or mailing or faxing a completed Form 3911, “Taxpayer Statement Regarding Refund.” This article first appeared earlier this year.