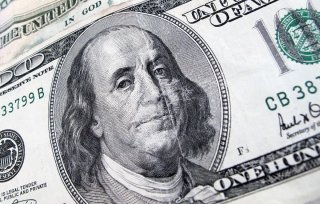 Here's What You Need to Remember: Another recent study conducted by the Center on Budget and Policy Priorities showed that the expanded child tax credit, which will target forty million families, has the potential to slash the overall poverty rate by approximately 40 percent.

The millions of coronavirus stimulus checks sent out over the past year have helped many Americans avoid financial ruin, according to a new University of Michigan study that analyzed Census Bureau data.

One of the major findings was that food shortages fell considerably each time after the stimulus checks in December and March were green-lighted. The number of individuals admitting that they sometimes or often lacked sufficient food dropped to 8.7 percent by early May. In December, that figure was sitting at nearly fourteen percent.

Moreover, in late May, about ten percent of Americans stated that it was “very difficult” to pay for household expenses, which was down considerably from roughly eighteen percent in December.

The study further revealed that among all households, frequent bouts of anxiety and depression fell by more than twenty percent.

“Our analyses thus far have yielded a fairly simple story: throughout the crisis, the level of hardship faced by U.S. households can be directly linked to the federal government’s response,” the study’s authors wrote.

The researchers added that households with incomes of less than $25,000 benefitted the most from the direct payments.

“The sharpest declines in hardship immediately followed the passage of these two relief bills, coinciding with the delivery of EIPs (Economic Impact Payments), and the gains were greatest among the lowest income households,” they wrote.

“The economy improved some over the early months of 2021 and may have contributed to these trends, yet the unemployment rate remained above six percent in April. Rather, it would appear the circumstances of U.S. households improved following the delivery of robust income transfers deployed by the federal government.”

The study’s findings will likely add more fuel to the growing calls among Democratic lawmakers and ordinary citizens to approve more rounds of stimulus and tax credits to help financially wounded Americans.

Another recent study conducted by the Center on Budget and Policy Priorities showed that the expanded child tax credit, which will target forty million families, has the potential to slash the overall poverty rate by approximately 40 percent. According to the latest data from the Census Bureau, about thirty-four million people live in poverty in the United States.

The first batch of these monthly payments are slated to head out to eligible bank accounts beginning July 15.

Furthermore, a separate report released by the Economic Security Project revealed that more rounds of stimulus could lift twelve million Americans out of poverty.