Stimulus Check Questions: Does the Child Tax Credit Have an Expiration Date? 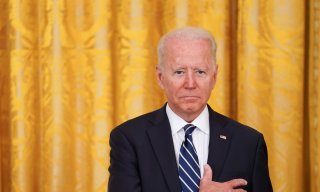 Key Point: All of this has been done with the idea of putting more money into American families’ hands as quickly as possible, in light of the ongoing Covid-19 pandemic.

As part of the American Rescue Plan Act, the March 2021 legislation that sent out the most recent round of $1,400 stimulus checks, Congress approved a significant expansion to the Child Tax Credit. The credit, formerly set at $2,000 per year per child, was increased to $3,000 or $3,600, depending on the age of the child. It also included a provision whereby half of the payments will be mailed out month by month, starting on July 15, rather than deducted from a family’s tax return all at once in April 2022.

All of this has been done with the idea of putting more money into American families’ hands as quickly as possible, in light of the ongoing Covid-19 pandemic. An estimated 36 million households are eligible for the credit, and there is little doubt that the payments will make a difference for some of them. However, the credit’s eligibility has an income ceiling: single parents making $75,000 per year or less in adjusted gross income, and families making $150,000 per year or less, can claim the whole credit, but above this level, the amount of money given out drops. If a single parent makes $95,000 or more, or a family makes $170,000 or more, the payments will stop altogether.

There are a number of factors that will affect your eligibility for the credit. For instance, if a child ages from five to six, the credit amount drops from $300 per month to $250. Additionally, any increase in income—perhaps from finding a second job—will bite into the amount of credit that can be claimed on taxes at the end of the year.

Crucially, however, the IRS will not know about any of this until you file your taxes in April 2022. This could mean that the agency will mail you checks containing more money than you are actually eligible for—and, come April, it will want its money back.

To avoid surprises down the road, there are a number of steps you can take. First, if you do not urgently need cash, you can opt-out of the mail checks from July through December by visiting a portal on the IRS’s website. If you do need the payments, you should keep track of the relevant qualifications, and how they will adjust what you owe in April 2022, well in advance.

Finally, remember that, although the Biden administration wants to extend the current tax credit until 2025, it is currently scheduled to expire in April 2022. This means that next year, your payments will return to $2,000 per child—but the income ceiling will also rise to $200,000 for single parents and $400,000 for couples, giving upper-income families more breathing room.