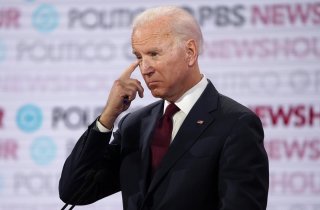 Here's What You Need to Remember: If families are ineligible for the child tax credit due to having a high income level, they can get a $2,000 credit for their children, but their income must be less than $200,000 for individuals and $400,000 for married couples.

The IRS announced this week that it would send letters to more than 36 million American families who may be eligible for the enhanced child tax credit featured in President Joe Biden’s coronavirus relief package.

Biden’s American Rescue Plan passed by Congress in March increased the original child tax credit from $2,000 to as much as $3,600 per child until the end of the year. The IRS will begin distributing the additional direct relief on July 15 on a monthly basis through December.

Parents will get the rest of the child tax relief when they file taxes next year.

Those who are eligible for the stimulus payments include individuals making up to $75,000, as well as joint filers earning up to $150,000 and heads households making up to $112,500. The payment amount will then taper off by $50 for each $1,000 in income above these caps.

The IRS will also send out a follow-up letter to families who may qualify for the expanded child tax credit based on their 2020 or 2019 federal income tax return, notifying them of the estimated credit amount.

If families are ineligible for the child tax credit due to having a high income level, they can get a $2,000 credit for their children, but their income must be less than $200,000 for individuals and $400,000 for married couples.

Nearly 80 percent of recipients are set to receive the child tax credit by direct deposit, while the rest of families will get it by paper check or prepaid debit card.

The IRS noted that nearly 88 percent of children living in the U.S. will be eligible for the monthly payments.