Stimulus Checks All Gone? Who Cares: Millions Could Soon Be Homeless 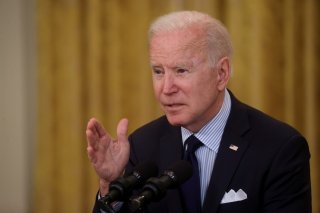 Here's What You Need to Remember: Know that potentially sizeable checks might be on the way for those who received unemployment benefits last year. President Joe Biden’s stimulus bill was able to waive federal tax on up to $10,200 of unemployment benefits—or $20,400 for married couples filing jointly—that were collected by Americans.

As the last remaining coronavirus stimulus checks under the American Rescue Plan continue to be sent out to eligible taxpayers, more than eleven million Americans are behind on their rent and many could be pushed out of their homes when the national eviction ban expires on June 30.

There is, however, some hope for those mired in this unfortunate situation, as states are still scrambling to disburse the $45 billion in rental assistance green-lighted by Congress to address the housing crisis. It may be weeks, though, before eligible individuals can get their hands on these funds from their respective state governments.

In the meantime, what can cash-strapped Americans look forward to? Know that potentially sizeable checks might be on the way for those who received unemployment benefits last year. President Joe Biden’s stimulus bill was able to waive federal tax on up to $10,200 of unemployment benefits—or $20,400 for married couples filing jointly—that were collected by Americans.

“Because the change occurred after some people filed their taxes, the IRS will take steps in the spring and summer to make the appropriate change to their return, which may result in a refund,” the IRS stated, adding that the sending out of the payments have already started and will continue throughout the summer.

Also, don’t forget about the traditional tax refunds that millions of Americans are still waiting patiently for. According to recent reports, the average wait time for a tax refund has been roughly six to eight weeks—far longer than the typical wait time of three weeks or less. Take note that the May 17 Tax Day deadline has already passed, but non-filers can still apply for an extension and file by the October 15 deadline.

Furthermore, in about a month, know that the first batches of the expanded child tax credits will begin hitting the bank accounts of eligible parents. According to the White House, these enhanced credits will target nearly forty million American families who are still struggling amid the ongoing pandemic. Depending on the number and ages of dependents, eligible parents are in line to get a $250 or $300 payment each month though the end of the year.

Despite these government-issued payments heading out to Americans, it appears that the U.S. economy is continuing to gain momentum. The Labor Department reported Friday that hiring accelerated in May, with employers adding nearly five hundred sixty thousand jobs, about twice the previous month’s gains. Moreover, the unemployment rate fell from 6.1 percent to 5.8 percent.

“None of this success is an accident. It isn’t luck. It’s due in no small part to the cooperation of the American people,” who have worn masks and gotten vaccinated for COVID-19,” Biden said Friday in Rehoboth Beach, Delaware.

“And it’s due in no small part to the bold action we took with the American Rescue Plan. This is progress that’s pulling our economy out of the worst crisis in the last hundred years,” he added.