'Stimulus Checks' Are Coming: What the IRS Is Sending to Your Mailbox 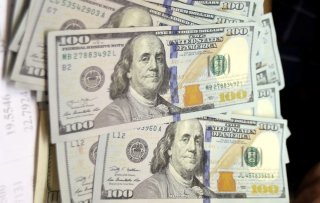 Here's What You Need to Remember: The first letter—sent out to more than thirty-six million American families—went to those who may be eligible to receive the monthly credit payments. Then the second, more personalized letter will state the estimated amount of their monthly checks.

It appears that the Internal Revenue Service and the Treasury Department aren’t done yet with those $1,400 coronavirus stimulus checks there were green-lighted in the spring under President Joe Biden’s American Rescue Plan.

The latest estimates indicate that approximately ten percent of the stimulus payments have yet to be sent out, so there should be at least several more batches disbursed in the coming weeks or months.

As cash-strapped Americans wait patiently for the next twelfth batch, keep in mind that the IRS recently confirmed that 2.3 million more checks were issued as part of the last tranche—boosting the total number of checks sent out to date to one hundred 69 million worth $395 billion. Do take note that for the newest payments, more than 1.2 million were issued via direct deposit, and the rest delivered via the US Postal Service as paper checks or prepaid debit cards.

Also, similar to the previous recent batches, about nine hundred thousand payments targeted recent tax filers who previously did not have the necessary information on file at the agency. The IRS has suggested that non-filers should make time to apply for an extension and file by the October 15 tax deadline.

“Although payments are automatic for most people, the IRS continues to urge people who don’t normally file a tax return and haven’t received Economic Impact Payments to file a 2020 tax return to get all the benefits they’re entitled to under the law, including tax credits such as the 2020 Recovery Rebate Credit, the Child Tax Credit, and the Earned Income Tax Credit. Filing a 2020 tax return will also assist the IRS in determining whether someone is eligible for an advance payment of the 2021 Child Tax Credit, which will begin to be disbursed this summer,” the IRS writes.

For those eligible parents who are waiting for those child tax credit payments, know that they are expected to be directly deposited beginning July 15. They should also be on the lookout for two letters that have been mailed out by the tax agency. The first letter—sent out to more than thirty-six million American families—went to those who may be eligible to receive the monthly credit payments. Then the second, more personalized letter will state the estimated amount of their monthly checks.

Keep in mind that the so-called “plus-up” or supplemental checks are continuing to head out to eligible taxpayers as well. In all, according to the IRS, about eight million such payments have been made this year.