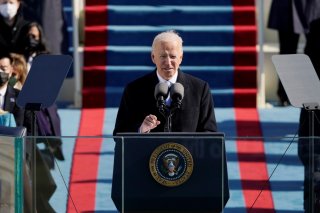 Key point: Biden is not through stimulating the economy. His new plans would cost several trillion more, although they would not come with monthly checks.

President Biden on Wednesday night will address a joint session of Congress for the first time as president when he is expected to lay out his plan for the next phases of legislation. And while the next legislation is unlikely to include a full-on fourth round of stimulus checks, the president has big plans that will involve payments.

The White House has released fact sheets for both, including a new one for the American Families Plan on Wednesday.

“The American Jobs Plan is an investment in America that will create millions of good jobs, rebuild our country’s infrastructure, and position the United States to out-compete China. Public domestic investment as a share of the economy has fallen by more than 40 percent since the 1960s,” the White House fact sheet for that plan said. “The American Jobs Plan will invest in America in a way we have not invested since we built the interstate highways and won the Space Race.”

The provisions of the Jobs Plan include fixing highways, bridges and other infrastructure; clean drinking water and reliable broadband, creating jobs for essential home care workers, and “revitalize” manufacturing.

Democratic members of Congress, as well as outside groups, had called for Biden’s next big legislative package to include another round of stimulus checks, but it doesn’t appear that such checks will in fact by part of those plans. Another letter from lawmakers, led by Senator Bernie Sanders, had asked for “the most significant expansion of Medicare since it was signed into law to improve the lives of millions of Americans.”

The fact sheet for the American Families Plan lays out what the administration is proposing.

“The President knows that we need to do more. It is not enough to restore where we were prior to the pandemic. We need to build a stronger economy that does not leave anyone behind — we need to build back better. President Biden knows a strong middle class is the backbone of America,” the sheet says. “He knows it should be easier for American families to break into the middle class, and easier to stay in the middle class. He knows that we need to continue to enable those who dropped out of the workforce — particularly the approximately two million women who left due to COVID – to rejoin and stay in the workforce. And, he knows that, unlike in past decades, policies to make life easier for American families must focus on bringing everyone along: inclusive of gender, race, or place of residence — urban, suburban, or rural.”

The major provisions in the American Families Plan include at least four years of free education, including universal pre-K for all three- and four-year-olds, free community college, and increasing the Pell Grant award. There will also be extensions of the Child Tax Credit, the Earned Income Tax Credit, and the Child and Dependent Care Tax Credit.

There will also be “direct support to children and families,” the fact sheet says.

“The American Families Plan will provide direct support to families to ensure that low- and middle-income families spend no more than seven percent of their income on child care, and that the child care they access is of high-quality. It will also provide direct support to workers and families by creating a national comprehensive paid family and medical leave program that will bring the American system in line with competitor nations that offer paid leave programs.”

The big question will be whether the two plans will be able to pass Congress, with both proposals likely to face considerable Republican opposition.

The Democrats still have narrow majorities in both houses of Congress, and passing the two packages would likely require a party-line vote in the Senate, as was the case when the American Rescue Plan passed in March. That required Vice President Kamala Harris to break a tie in the Senate. It would also probably require the use of the budget reconciliation process, in order to pass the packages through the Senate.

The bills would be paid for by a gain in the highest tax brackets, which White House Chief of Staff Ron Klain said last week will affect only about 0.05 percent of Americans.

The Washington Post analyzed the American Families Plan and what’s in it on Wednesday, reporting that the proposal was being tweaked all the way up to the release of the fact sheet. The addition of $200 billion, “to extend an increase in health insurance subsidies through the Affordable Care Act exchanges,” was added close to the last minute, the Post said. The White House also removed a provision that was in previous drafts, “aimed at reducing consumer and government spending on prescription drugs.”

“Combined, the approximately $4 trillion in new spending would amount to being among the most ambitious government overhauls of the economy in decades,” the newspaper said. “But the administration’s coming proposal also shows the limits constraining Biden’s ambitions, with the White House set to jettison campaign pledges and demands from key allies in the face of countervailing political pressures.”