Stimulus Checks for Renters? Biden Has a New Plan 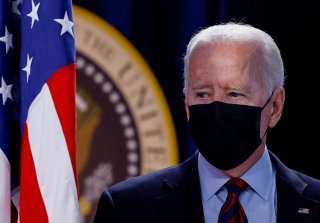 Here's What You Need to Remember: It does appear, though, that some lawmakers in Washington want to take meaningful action to quickly approve another round of stimulus checks. Twenty-one Democratic senators recently signed off on a letter to the president that supports disbursing to Americans recurring direct payments.

Now that the U.S. Supreme Court has tossed out the Biden administration’s ban on evictions—due largely to the U.S. Centers for Disease Control and Prevention overstepping its bounds—landlords in many parts of the country will be able to officially begin removing people from their homes.

“Congress was on notice that a further extension would almost surely require new legislation, yet it failed to act in the several weeks leading up to the moratorium's expiration,” the court wrote in an unsigned, eight-page opinion.

“If a federally imposed eviction moratorium is to continue, Congress must specifically authorize it,” it continued.

According to a recent U.S. Census survey, more than three million people admitted that they were likely to be evicted “within the next two months” and nearly five million renters said that they won’t be able to cover the rent for this month.

Help on the Way?

However, Biden and White House officials are busy at work trying to figure out a way to pass “renter stimulus checks” that could potentially help millions of Americans who are on the verge of being pushed out of their homes.

Thanks in part to Biden’s $1.9 trillion American Rescue Plan, there is already more than $46 billion set aside for the nation’s cash-strapped renters.

But the agency recently announced that only about $5.1 billion had been distributed by states and local governments so far—which amounts to about ten percent of the total.

“There’s concern that we are going to be facing an ‘eviction cliff’—that we’re going to see a large number of renter households across the United States evicted from their homes,” Carolina Reid, faculty research adviser for University of California Berkeley’s Terner Center for Housing Innovation, noted in a statement.

“The data point to significant economic hardship,” she added.

In addition to “renter stimulus checks,” many struggling Americans are still holding out hope for a fourth round of stimulus payments as the highly transmissible and now dominant Delta variant drives coronavirus cases to spike in many parts of the country.

It does appear, though, that some lawmakers in Washington want to take meaningful action to quickly approve another round of stimulus checks. Twenty-one Democratic senators recently signed off on a letter to the president that supports disbursing to Americans recurring direct payments.

“This crisis is far from over, and families deserve certainty that they can put food on the table and keep a roof over their heads,” they added.