Stimulus Incoming: The Child Tax Credit Is in Your Bank Account 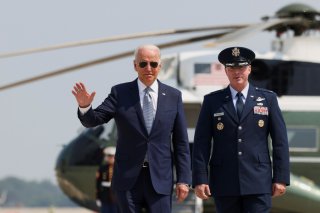 Fresh off disbursing last month’s first payments from the expanded child tax credits, the Internal Revenue Service and the Treasury Department are now gearing up to release the next batch of checks for August.

Do take note that the next payments will arrive on August 13, which is different from the other months that all have pay dates on the fifteenth. This is due to August 15 falling on a Sunday.

“The payments will continue each month,” the IRS recently said.

Thanks to President Joe Biden’s $1.9 trillion American Rescue Plan, the federal government will now allow eligible parents to net as much as $3,600 per year for a child under the age of six and up to $3,000 for children between ages six and seventeen—meaning that a $250 or a $300 payment for each child will be entering the bank accounts of parents on a monthly basis through the end of the year.

Moreover, eighteen-year-old dependents and full-time college students who are under the age of twenty-four will make their parents eligible for a one-time $500 payment.

Due to the fact that the current rollout of the Child Tax Credit will come to a halt in December, know that there already has been plenty of talk regarding extending the payments for years to come.

“This tax cut will give our nation’s hardworking families with children a little more breathing room when it comes to putting food on the table, paying the bills, and making ends meet,” Biden noted in a statement, adding that about ninety percent of all children in the country will see direct benefits from the recurring monthly payments.

“Across the nation, organizations that advocate for children (are) using social media to explain how the Child Tax Credit will cut child poverty and why we must extend it through the American Families Plan,” he continued.

However, a report released recently by the Center on Budget and Policy Priorities showed that the IRS is still missing the required information for millions of American households that could potentially qualify to receive the expanded child tax credits. In all, about four million children from low-income families are at risk of not seeing any money from the benefits.

Being able to reach the nation’s poorest households has been a primary goal of the IRS, and in an effort to achieve that, the agency has partnered with nonprofit organizations, churches, and community groups to get the word out regarding the new credits.

The IRS has also launched a Non-filer Sign-up Tool, which will give the IRS the necessary information—such as an address and routing and bank account numbers—to properly disburse the funds.