Stimulus Payments and Taxes: Everything You Need to Know 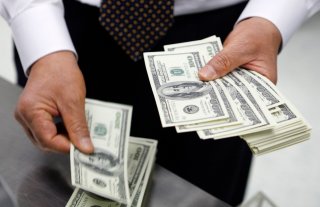 Here's What You Need to Remember: For the current round of $1,400 checks sent out under President Joe Biden’s $1.9 trillion American Rescue Plan, taxpayers can rest easy knowing that the money cannot be garnished for unpaid federal debts or back taxes.

Over the past two months, the Internal Revenue Service and U.S. Treasury have worked around the clock to disburse well over one hundred sixty million $1,400 coronavirus stimulus checks to struggling Americans.

But amid the ongoing tax season that has a fast-approaching deadline of May 17, many Americans reportedly have been wondering what the implications are for reporting their stimulus funds on their respective tax returns.

For the current round of $1,400 checks sent out under President Joe Biden’s $1.9 trillion American Rescue Plan, taxpayers can rest easy knowing that the money cannot be garnished for unpaid federal debts or back taxes. However, be aware that they can indeed be garnished for unpaid private debts, such as overdue medical bills and credit card debts. Understand that garnishment is a court order that allows for money to be removed from an individual’s bank account—and banks more often than not have to comply with a court’s demands.

Keep in mind that Congress frustrated many taxpayers when it failed to exempt the current stimulus money from garnishment. Washington did, though, approve garnishment protection measures for the $600 stimulus payments that were green-lighted in December.

Even before the ambitious legislation was signed by the president, several Washington lawmakers dug deeper to see if whether stimulus checks can, in fact, be garnished. For example, Sen. Sherrod Brown called for the passage of a bill tackling that particular issue that he proposed alongside other Democrats, but it was eventually blocked.

Moreover, the American Bankers Association sent off a letter to Washington, urging lawmakers to “quickly pass standalone legislation addressing garnishment to ensure that American families will receive these benefits as intended. … While depository institutions and even many debt collectors and buyers believe that economic impact payments should be exempt from garnishment orders, depository institutions are obligated to comply with court orders.”

Also, take note that in light of the IRS confirming that monthly payments from the new $3,000 or $3,600 child tax credit—considered by some as essentially a “fourth” stimulus check—will begin hitting bank accounts in July, there could potentially be situations in which some recipients may have to pay back a portion of these benefits during tax season next year.

This is largely due to the details of the legislation that direct the federal government to issue advance payments of the child tax credit in periodic installments. The disbursement of the funds, though, is based off the agency’s estimates on available data, such as income, marital status, and number and age of qualifying dependent children.

Thus, if there are any outdated or inaccurate data, they might trigger an overpayment of the child tax credit—meaning that the affected individual will be responsible for any difference in the final amount.