Stimulus Payments: This Guy (And the GOP) Most Likely Hates Them 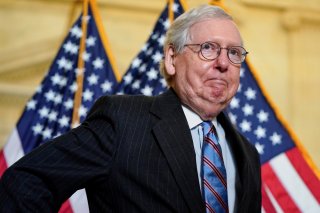 Here's What You Need to Remember: Federal Reserve Chairman Jerome Powell also provided a rebuttal on the issue last week at a press conference. Powell said that a lack of adequate child care, fears of contracting Covid-19 and vast school closures could be main factors in contributing to the labor shortage.

“We have flooded the zone with checks that I’m sure everybody loves to get, and also enhanced unemployment,” McConnell said. “And what I hear from business people, hospitals, educators, everybody across the state all week is, regretfully, it’s actually more lucrative for many Kentuckians and Americans to not work than work. So we have a workforce shortage, and we have raising inflation, both directly related to this recent bill that just passed.”

Federal Reserve Chairman Jerome Powell also provided a rebuttal on the issue last week at a press conference. Powell said that a lack of adequate child care, fears of contracting Covid-19 and vast school closures could be main factors in contributing to the labor shortage.

The war of the stimulus and its potential effects reflect the first rifts among lawmakers over Biden’s first legislative victory, an argument that will likely continue until the economy fully recovers.