To Stop a Chinese Invasion, B-52s Could Drop Mines in the Taiwan Strait 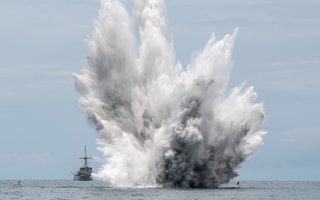 Here's What You Need to Know: Mines are enjoying a renaissance of sorts.

“America’s defense strategy in the Indo-Pacific is in the throes of an unprecedented crisis,” the study’s authors Ashley Townshend, Brendan Thomas-Noone and Matilda Steward warned. “America no longer enjoys military primacy in the Indo-Pacific and its capacity to uphold a favorable balance of power is increasingly uncertain.”