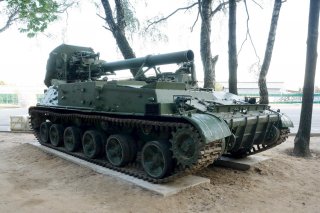 Here's What You Need to Remember: Large stocks of the 82-PM-36 and improved 82-PM-37 were captured or destroyed during the rapid German advance in 1941. However, the Soviets developed a new—and arguably superior—mortar in the 82-PM-41, which went into mass production by the end of 1941.