Study This Old Photo: Was This Hitler's Secret Super 'Gun'? 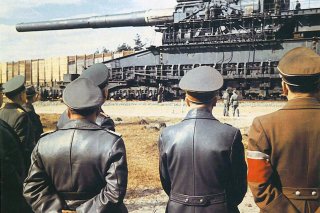 At the same time, railroads were partly responsible for ending the war. Britain’s railways delivered the pipelines to transport fuel across the Channel, the floating concrete harbors to carry armor to the beaches and the millions of troops needed to end the German occupation of Europe.

There is still nothing like the railway for continental logistics. Even today in the age of heavy lifting aircraft, trains supply arms to Russian troops in Ukraine and NATO forces in Afghanistan. The rails may no longer carry the massive weapons of war, but they still play a crucial logistical role that’s often overlooked.