Study the Picture: Russia Has a Crazy Plan to Kill Any U.S. Stealth Bomber or Fighter 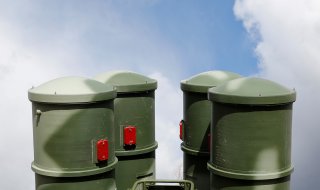 Here’s What You Need to Remember: Russia’s ambassador to Iran, Levan Jagarian, told an Iranian newspaper that his country may very well sell S-400 air defense systems to Iran, despite U.S. concerns.

Additionally, the existence of more S-400s in the region presents additional threat possibilities for Israeli aircraft operating in the region and potentially helps fortify paramilitary terrorist groups or other kinds of hybrid-guerilla forces hostile to the U.S. and Israel.

The real danger with upgraded S-400s, it would appear, likely pertains to computer processing speeds the extent to which they are networked to one another. If an ability to maintain a “track” on an aircraft improves at higher speeds over greater ranges due to an ability to more quickly integrate and network information than planes could be more vulnerable even if the hardware or munitions themselves have not changed much. For instance, its high-speed data link technology improves the ability for one air-defense location to find and share details with another “node” within a broader system, then broader areas could become vulnerable and the normal radar-evading advantage of flying at high speeds could be minimized.

This article was first published in October 2020.