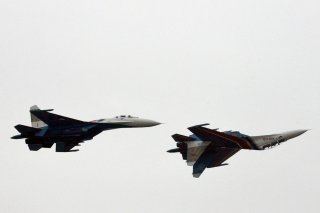 Here’s What You Need to Remember: The Su-27 was the last of the major fourth-generation fighters to enter service, and has proven an exceedingly successful design.

To the West, most of the legendary Soviet aircraft of the Cold War came from the design bureau Mikoyan Gurevitch, which spawned such aircraft as the MiG-15, MiG-21 “Fishbed,” MiG-25 “Foxbat” and MiG-29 “Fulcrum.” The single best Soviet fighter of the Cold War, however, was Sukhoi’s Su-27 “Flanker.” Intended both to defeat U.S. fighters over central Europe in a NATO-Warsaw Pact conflict and to patrol the airspace of the Soviet Union against U.S. bomber incursions, the Su-27 survived the end of the Cold War to become one of the world’s premier export fighters.