The Sun Sets on Britain's Battleships: Meet the HMS Vanguard 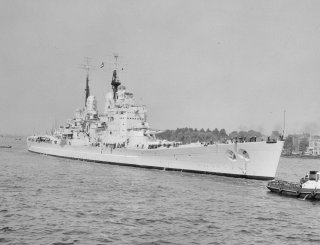 Key point: The battleship was impressive, but it didn't have much to do during peace time. Eventually, the ship was put in emergency reserve as the Cold War and modern technology passed it by.

The above is part of an ongoing National Interest series based on Robert Farley’s recent publication, The Battleship Book.

Robert Farley, a frequent contributor to TNI, is author of The Battleship Book. This first appeared in 2019 and is being reposted due to reader interest.