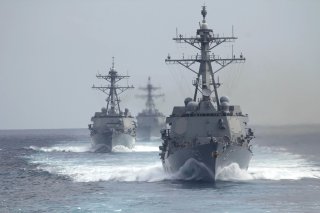 Here's What You Need to Remember: American warships surrounded the platforms, compelling the Iranian crews to evacuate. U.S. commandos climbed aboard one platform to gather up any documents the Iranians had left behind. Four U.S. destroyers opened fire, setting the platforms ablaze.

David Axe serves=d as Defense Editor of the National Interest. He is the author of the graphic novels  War Fix, War Is Boring and Machete Squad. This article first appeared last year and is being republished due to reader interest.