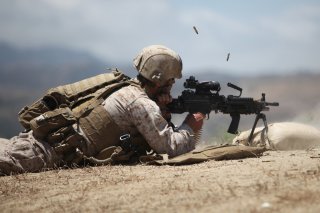 Here's What You Need to Remember: Automatic fire may be fun, hell it definitely is, there’s a time and place for it — close in, or when you need to send a lot of lead downrange to keep the bad guys’ heads down. And once that’s done, you can switch back to semi-automatic fire and finish the job.