The Supreme Court is Gearing Up to Address Some Hot Topics 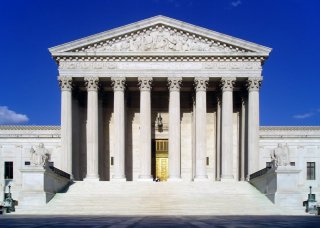 Here's what you need to remember: The Supreme Court begins its annual term on Oct. 4, 2021, with a packed agenda highlighted by three claims of violations of constitutional rights.

The Supreme Court begins its annual term on Oct. 4, 2021, with a packed agenda highlighted by three claims of violations of constitutional rights. One is about religious rights. A second is about gun rights.

And the biggest case this year is a challenge to abortion rights. Several states are asking the justices to reconsider Roe v. Wade – the landmark 1973 ruling that established the constitutional right for a woman to terminate a pregnancy, regardless of the moral beliefs of other citizens.

The case is Dobbs v. Jackson Women’s Health. The Mississippi legislature passed the Gestational Age Act in 2018, banning abortions after 15 weeks. The law was challenged and is currently on pause until the Supreme Court hears arguments on Dec. 1, with a decision expected by June 2022.

Since 1973, the Supreme Court has recognized a fundamental right for a woman to make her own decision about bearing a child, up until the point of viability – when the fetus can survive on its own outside of the womb, which is at approximately 24 weeks of gestation.

However, several states have passed laws intentionally challenging the constitutionality of Roe by lowering the threshold to 15 weeks, as in Mississippi, or six weeks, as in Texas. The Republican legislatures of those states are hoping that a more conservative Supreme Court will overturn or modify the 1973 ruling.

Public opinion on abortion has remained remarkably stable in an era of political polarization. From the 1970s to now, around 20% of Americans have consistently believed abortion should be illegal under all circumstances. Another slightly larger group has believed it should be legal under all circumstances. And the largest group of Americans – around 50% – has favored legal availability with some restrictions.

The core legal question since 1973 – and especially with the case before the court – is what kind of restrictions should be permissible.

The justices will consider the longstanding debate over whether the Constitution protects a right to choose, or instead whether abortion falls outside of the realm of rights and squarely in the realm of majority rule to be decided by regular legislation.

But there is also a second question addressed in Roe, which is more often overlooked: whether a fetus is a person who also has rights, or instead whether a fetus is an aspect of the pregnant woman, whose rights are predominant. The Constitution provides no guidance on that second critical question, which is at the heart of the Mississippi case.

The court in 1973 decided that personhood does not emerge at conception nor wait until birth, but emerges during the course of the pregnancy at the point of viability. Hence, according to Roe, states could ban abortion after 24 weeks, but not before.

As an observer of constitutional politics, I suspect that if the court were ruling on this question for the first time, likely six of the justices would assert that the Constitution contains no specific right to abortion, instead leaving that decision to each state. They may also believe that decisions on the emergence of personhood, and therefore when abortion could be limited, are best left to individual states.

But Roe has been in force for almost 50 years and is often considered a “super precedent,” with even more force than other longstanding decisions. Chief Justice John Roberts has displayed a high regard for following precedent, while some of the more conservative justices like Samuel Alito and Clarence Thomas believe that precedent is no reason to prolong what they believe to be an error. Whether the court will leave Roe undisturbed, overturn Roe entirely, or maintain the principle of abortion rights while allowing states to lower the threshold of fetal personhood from 24 weeks to 15 weeks – or lower – is difficult to predict.

The court first recognized a fundamental right of citizens to bear arms for personal protection in the landmark rulings in D.C. v. Heller in 2008 and MacDonald v. Chicago in 2010. What has not been decided is how far the right extends outside the home. Can local governments limit the right to just protecting the home, or do citizens have a broader right to carry concealed weapons while out in society?

In New York Rifle & Pistol Association v. Bruen, the plaintiffs argue that the Second Amendment requires something more than the current practice of limiting licenses to carry concealed firearms to rare circumstances. Technically a private citizen can be granted a permit, but the stringent requirements in New York mean that in practice almost no licenses are issued.

In the plaintiffs’ view, a rule requiring a “proper cause” to award a license – such as being in imminent danger from a known source – limits the right to select people, rather than applying the Bill of Rights to ordinary people. The court will have to draw the lines regarding where, and to whom, the Second Amendment extends.

A clear trend on the current court is toward greater protection of religious liberty. This traces back to the controversial Hobby Lobby ruling in 2014, which allowed religious businesses to claim exemption from health care laws they say infringe on their beliefs. Most recently, in Fulton v. Philadelphia in June 2020, the court ruled in favor of a religious charity that had been excluded from the city of Philadelphia’s adoption programs because the organization refused to serve same-sex couples who wished to adopt or foster a child.

Many of the recent rulings expanding religious liberty were decided 7-2 or even 9-0 among the justices, with only the two most liberal justices, Ruth Bader Ginsburg and Sonia Sotomayor, sometimes dissenting. Now Sotomayor stands alone in rulings that would go 8-1, or, with the two more moderate liberals dissenting as well, 6-3.

However, when religion meets public education, the divide on the court becomes more dramatic between the conservatives and the liberals. In 2020, five justices struck down the exclusion of a US$150 tax credit for private school tuition when applied to a religious school, saying that if a state provides a benefit regarding private secular schools, it cannot deny the same opportunities to parents who choose religious schools. Four justices dissented on the grounds that any funding that benefits religious schools violates the First Amendment by creating impermissible entanglement between the government and religion.

This year, the court must decide if the same principle applied in the scholarship ruling applies at a larger scale. The state of Maine, where many communities do not have local public schools, reimburses a student’s tuition to attend private schools. But it doesn’t pay the same tuition for private religious schools.

In Carson v. Makin, the court will determine if a state may deny a public benefit on the grounds that it will be used to pay for explicit religious instruction, or whether the First Amendment demands entirely equal financial treatment of religious and secular private schools.

In each of these three major cases, a now conservative-dominated court – especially after the death of Justice Ruth Bader Ginsburg, who was replaced by Amy Coney Barrett – may move American constitutional law in a new direction.

Morgan Marietta is an associate professor of political science, at the University of Massachusetts Lowell.