To Survive a Nuclear War with Russia, NATO was Willing to Sacrifice Millions 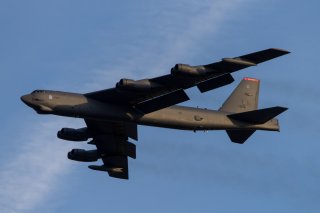 Here's What You Need to Remember: Someone leaked details to West Germany’s Der Spiegel newspaper. According to the leaked info, targets in West Germany had borne the theoretical brunt of the exercise, with 268 of the 335 mock nuclear weapons detonating inside the country.

After the United States dropped atomic bombs on Hiroshima and Nagasaki in 1945, the world broadly understood that nuclear weapons possessed unprecedented destructive power. But a grasp of weapons’ specific impact—especially that of smaller, tactical nukes—was more elusive.

Belgian, British and Dutch forces took up the mantle of Northland, the Soviet aggressor in the exercise, headquarted in Mönchengladbach and supported by the Second Allied Tactical Air Force.

Nonetheless, “in an all-out atomic war, there would be no winners and no losers and little left to asses,” he said. Any similar conflict would be “short and horrible.”