Sweden is Boosting its Civil Defense Spending (Thanks to Russia) 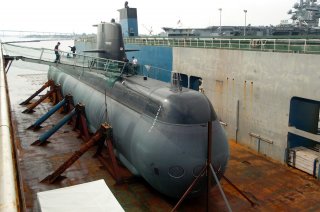 “Sweden to increase military spending by 40% as tension with Russia grows.” This week, the Swedish government decided to raise its defense budget by 40 percent over the next five years, and unsurprisingly the hike generated lots of headlines at home and abroad. Equally important, though, is Sweden’s decision to invest in civil defense. Indeed, it’s an area where other countries could watch and learn.

The military defense proposition, put forward by Sweden’s social democratic-green coalition this week, will see active-duty personnel increase by 50 percent. The Army will double in size, the Navy will receive more vessels, and the Air Force will be given better weapons systems. In addition, Sweden’s highly selective military service will expand from 4,000 to 8,000 young men and women each year. With some 90,000 Swedes born each year, it means military service will remain decidedly selective, with only the best candidates chosen.

So far, so good — and so conventional, considering that Russia had been testing the waters by entering Swedish territorial waters uninvited last month and violating its airspace. But Russia has also been engaging in gray-zone aggression against Sweden. It has been joined by China, which has bought up many of Sweden’s best technology startups in support of its Made in China 2025 plan for economic superpowerdom and whose embassy in Stockholm engages in frequent intimidation attempts of Swedish newspapers. Cyber-attacks, especially against government agencies and government-owned companies, are increasing. The director-general of Sweden’s signals intelligence agency, the FRA, said earlier this year that foreign governments are involved in the aggression.

Now, in a move that has received far less attention than the armed forces’ new battalions and naval vessels, the Swedish government will double the funding for civil defense — the part of national defense focused on ensuring that energy, healthcare, food provision, and other pillars of daily life function well during a crisis. “This investment encompasses the whole of society and is focused at strengthening resilience in areas like healthcare, food, transportation, and cyber security,” Interior Minister Mikael Damberg explained in an announcement last week. No country, and certainly no liberal democracy whose society is based on openness, can fully prevent crises. Even liberal democracies, though, can strengthen their civil societies, from large companies to ordinary citizens, so that everyone knows how to prepare for a crisis and knows what to do should it happen. Two years ago, the Swedish Civil Contingencies Agency (MSB) published a leaflet called If Crisis or War Comes and mailed it to all households in the country. Around the world, people dismissed the leaflet as alarmist. Then COVID-19 arrived, demonstrating that preparing the public ain’t such a bad idea.

Indeed, civil defense is nothing new. Earthquake zones such as San Francisco and Tokyo constantly educate their residents about earthquakes. And during the Cold War, governments on both sides educated their citizens about what to do in case of a hostile attack. The US duck-and-cover drills for schoolchildren were undoubtedly the least innovative of these efforts, but the Swedish and Finnish governments, since they were located close to the Soviet Union, took the task seriously and managed to get a critical mass of the population involved in civil defense. Volunteer tasks ranged from driving trucks on behalf of the armed forces to supporting crisis efforts through radio communications. In both countries, rising talent from all parts of society was selected for national defense courses, which created a core of leaders who understood national security. That nationwide civilian effort in combination with the armed forces was called total defense.

But after the Cold War, Sweden, like many other countries, slashed funding for its armed forces and dismantled its exceptional civil defense. The government has spent the past few years rebuilding it, but last week’s announcement marks a clear acceleration. Indeed, it came in the same week that NATO Secretary-General Jens Stoltenberg pivoted the alliance towards resilience, declaring in a speech that “our militaries cannot be strong if our societies are weak, so our first line of defence must be strong societies”.

Strong societies, joining together to keep our countries safe from subversive attacks on our way of life: That’s something everyone can agree is a good thing. That effort can involve knowing what to do in case of, say, a power cut or if the supermarkets run out of milk or pasta. It also involves verifying information before sharing it. (As Californians and others know, power cuts can be caused by Mother Nature as well.) The Swedish government’s new investment will help government agencies and companies do their part. Swedish citizens — and, indeed, all of us — should in turn do our part because it will help our families and communities in a crisis and because it will help keep our society safer, too.

This article first appeared on the AEIdeas blog, a publication of the American Enterprise Institute.