Sweden Doesn't Think Russia's S-400 Is Such a Big Deal 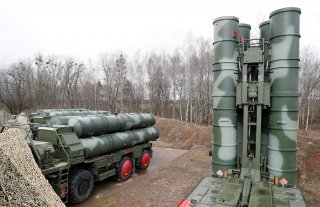 Here's What You Need to Remember: In order for the S-400 to have a 400 km range against large aircraft, it must be able to see over the “radar horizon” presented by the curvature of the Earth. There are a couple solutions to this, which are gone over in the paper: namely the use of an over-the-horizon (OTH) radar or through cooperative engagement capability (CEC).

Charlie Gao studied Political and Computer Science at Grinnell College and is a frequent commentator on defense and national security issues. This article first appeared in 2020 and is being republished due to reader interest.