Sweden Is No Military Superpower, But Its Bandkanon Artillery Is World-Class 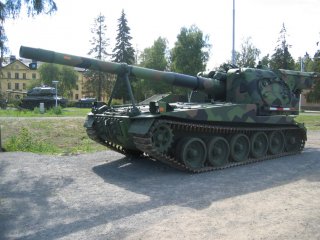 Here's What You Need To Remember: While this incredible rate of fire was definitely an advantage, to achieve it the Bandkanon made significant compromises. The whole vehicle was incredibly heavy for its time, weighing in in excess of fifty tons. Combined with relatively weak engines, this meant that the Bandkanon could not move rapidly off road or on road.

This piece first appeared in 2018. It is being republished due to reader interest.