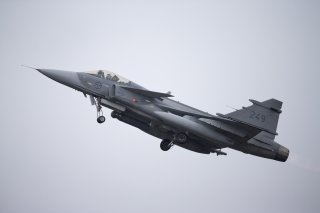 Here's What You Need to Remember: On day three, the Thai pilots “shot down” 19 J-11s for a loss of three Gripens. Over the final three days of the war game, the Thais killed 22 Chinese jets and lost three of their own.

David Axe served as Defense Editor of the National Interest. He is the author of the graphic novels  War Fix, War Is Boring and Machete Squad. This article first appeared in January 2020 and is reprinted here due to reader interest.