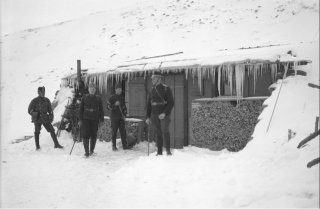 Here's What You Need To Remember: Perhaps if Germany had invaded in 1944, the Swiss could have counted on outside help from Allied troops and aircraft. But there was no chance of that happening in 1940-41. Had Germany invaded Switzerland between the conquest of France in July 1940 and the invasion of the Soviet Union in June 1941, Switzerland would have been alone.